The voltage relays VMD258 of Bender monitor three-phase AC systems for undervoltage and overvoltage (window function). Neutral conductor connection is not required, therefore it is suitable for 3AC systems up to 690 V.

The response values for undervoltage and overvoltage as well as the response delays are continuously adjustable.

The pure analogue design of the device series (without microcontrollers) is a requirement resulting from risk analyses of safety-critical areas.

The analogue technique of VMD258 is primarily used by energy suppliers, e.g. in power plant technology or in substations and replaces the SUR35x series. 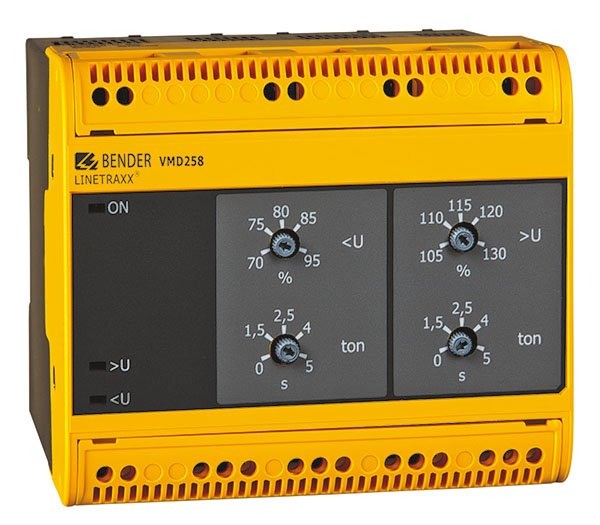